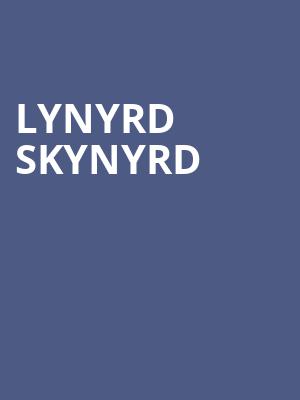 Lynyrd Skynyrd place one foot in their past and one in the present, with mostly positive results....

The Last Of The Street Survivors!

The iconic southern hit rockband Lynyrd Skynyrd are hitting the road one last time! Last Of The Street Survivors Farewell Tour will kick off in Florida and wrap up in Atlanta with many cities including Dallas, New York, Toronto and many more in between.

Hitting The Road One Last Time

Lynyrd Skynyrd has been together, in one form or another, since 1964. Their signature is the magical blend of not two but three guitars, which have weaved their way through iconic hits like Sweet Home Alabama, Simple Man and of course the ten minute epic Free Bird, which raised the bar to impossible heights for every guitar solo which was to follow.

You may be required to have had a COVID vaccine in order to attend this performance or show proof of a negative test. Please contact the venue directly for more information on this.

Sound good to you? Share this page on social media and let your friends know about Lynyrd Skynyrd at Charleston Civic Center.