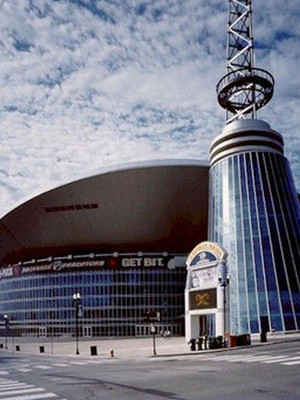 If you're happy to travel

You can catch Nelly at Bridgestone Arena in Nashville, showing Dec 5, 2021

Nelly is also touring to:

In his long solo career, Nelly has never had a problem drawing a crowd.

Alert me on return

St. Louis born rapper Nelly is undisputedly one of the kings of '00s R'n'b and has released an amazing six solo albums since his solo debut 'Country Grammar' in 2000. This is to date his best selling album as it sold more than 8.4 million copies in the U.S alone. It was ranked as the 85th best album of all time on the Billboard Top 200 Albums of All Time.

Over the course of his career, the rapper has won and been nominated for many awards and received Grammy Awards for Best Rap/Sung Performance, Best Male Rap Solo Performance and Best Rap Performance by a Duo or Group. This tour is a must-go for everyone who still blasts the hits of 00s R'n'b and has a special place in their hearts for this nostalgic era. Rapper Flo Rida will be joining Nelly on some of the dates.

And before you stop reading

You may be required to have had a COVID vaccine in order to attend this performance or show proof of a negative test. Please contact the venue directly for more information on this.

Seen Nelly? Loved it? Hated it?

Sound good to you? Share this page on social media and let your friends know about Nelly at Clay Center.